How to Restore Old Hand Planes 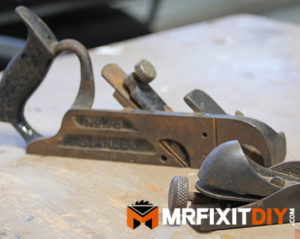 My Mom came out to visit a few months back and she brought me a couple old hand planes that belonged to my grandfather (A Stanley #78 and a Stanley #60 1/2). My grandfather was a carpenter, but he passed away long before I got really interested in woodworking. I don’t do a ton of hand tool work, but I still felt the desire to restore them and give them new life. I’ve become accustom to using hand tools a bit more over the last couple years so I’m excited to restore them and incorporate them in some of my future projects. Watch the video above to follow along to see how I did it.

Disclosure: This post contains a paid product placement by The WD40 Company. All views and opinions are my own.

The hand planes have been sitting in my uncle’s toolbox for years, and they’re covered with rust, grime, and the general wear and tear of all those years in the woodshop. I started by taking them apart. Some areas were in worse shape than others a couple of the knobs and screws were a little lodged in with rust, so I used some WD40 Specialist Rust Release Penetrant Spray to loosen them.

In particular, the brass adjustment wheel on the front of the 60 1/2 was pretty seized up. I didn’t want to damage it, so I took an old work glove that was ready to be thrown away and cut a couple of the fingers off. Then I slipped those over the pliers to protect the brass while I broke it loose. This protected the knob, and in addition to the spray worked really wheel to loosening the wheel.

Next, I took all the loose parts and set them in a plastic tub and poured some WD40 Specialist Rust Remover Soak for a couple hours. This helped loosen the surface rust on the tools. Then I pulled each piece and scrubbed them down with a wire brush and some 000 steel wool. The parts were already looking really good. 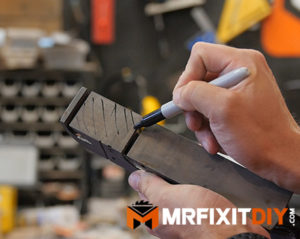 With the rust removed, it was time to hone the plane bodies. The soles of the planes needed to be flattened out, so I took a Sharpie and made some reference lines across the soles of each plane. Then, I used some spray adhesive to secure three separate sandpapers to a microflat stone I have (120, 220, 320 grit) You could use any flat surface to do this, I just happen to have a microflat stone that was left at my house

when I moved in. So I worked the plane bodies across the various grits until I was able to flatten them. The sharpie lines give you reference for your progress.

Once the bodies were honed, I considered spray painting them. But after speaking to a friend about it, he said it took my grandfather like 30 years to get them that way. So I decided that I liked the character that the used look gave them and left them as is. I care about the function of the tool, not necessarily if it looks brand new. 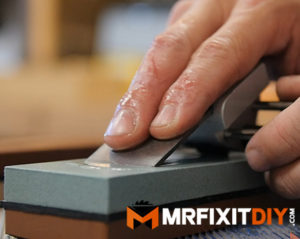 Luckily the irons were in pretty decent shape, save for a couple chips here and there. I admit, I’m no expert on sharpening blades. So I had to do a lot of research and I found some great tutorials by the likes of Paul Sellers and Ron Hock (“The Perfect Edge”) which really helped me. I went to Rockler and picked up a few Japanese combination water stones. I also bought a honing guide and went to town sharpening the irons. Starting on the low side of the first stone (250 grit) I worked to take off the chips. Then I worked my way up to the 6000 grit stone. I used the Ron Hock ruler trick to flatten the backs of the irons. To finish off the sharpening, I ran the irons against a piece of leather to remove the final burr.

I managed to get them in really good shape and nice and sharp. This is actually my first time sharpening irons so I’m confident if I can do it, so can you.

I put them back together with a screwdriver and messed around setting the blade depths on the cutting irons.

Then I tested them out on a scrap piece of cherry, and I’m happy to report that they work great! It’s pretty cool to have my grandfather’s tools as a part of my shop. I’m still trying to track down a few little missing parts to round out the planes but they work

as is for now. I look forward to incorporating them in future projects!

If you liked this project, check out some of the other cool stuff I’ve worked on!

And of course, thank you for checking out this tutorial. I hope to see you guys next time! 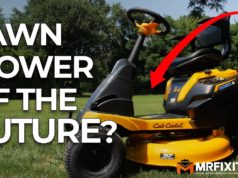 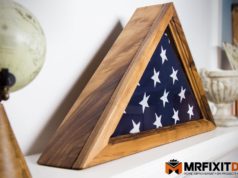 How to Build a Memorial Flag Case

How to Install a Home Water Filtration System

How to Upgrade to a Modern Water Spigot 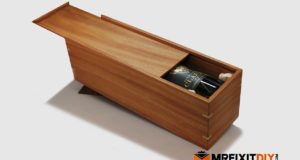